Bank of England in no rush to raise rates 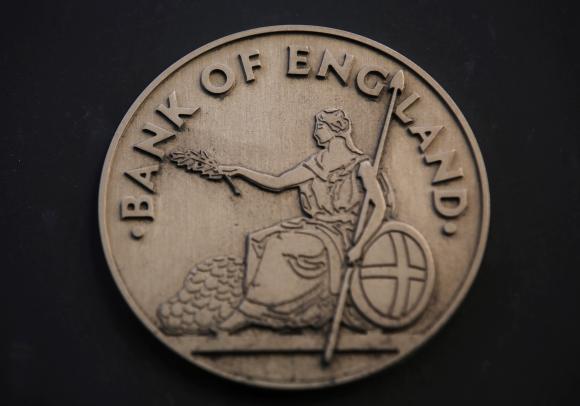 British unemployment plunged to within a whisker of the Bank of England’s level for considering an increase in interest rates, data showed on Wednesday, but the central bank stressed it would be in no rush to act.

The unemployment rate dropped to 7.1 percent in the three months to November, a fraction above the 7 percent level which the bank has said is its threshold for thinking about raising interest rates from their current all-time low of 0.5 percent.

Sterling hit a one-year high against the euro and British government bond spreads over German debt widened to an eight-year high as investors bet that the Bank of England will raise interest rates sooner than it has been signaling.

Citi’s chief UK economist Michael Saunders brought forward his estimate by six months to the fourth quarter of this year. “We expect the MPC (Monetary Policy Committee) will lift the policy rate to 2 percent … by late-2015, still leaving policy supportive of growth,” he said.

The rate of 7.1 percent was below any forecast by economists in a Reuters poll and the lowest in nearly five years. It was down from a previous level of 7.4 percent, the Office for National Statistics said on Wednesday.

The number of people in work grew by a record amount, a further sign of the economy’s rapid turnaround.

BoE policymakers stressed, however, they would not be hurried into raising rates. Their case has been helped by a fall in inflation to the Bank’s target for the first time in more than four years.

“Members therefore saw no immediate need to raise Bank Rate even if the 7 percent unemployment threshold were to be reached in the near future,” they said in minutes of their January policy meeting, released at the same time as the jobs data.

The minutes also made clear that when an interest rate rise does eventually come, fragile prospects for growth and low inflation means moves will be gradual.

The BoE is expected to use the publication of its Quarterly Inflation Report next month to give an update on its guidance, possibly by lowering the threshold unemployment rate below 7 percent or by underscoring how the threshold is not a trigger.

The BoE has previously said that although Britain’s long-run equilibrium unemployment rate is around 5 percent, inflation pressures could start to build around 6.5 percent.

The jobless rate was the lowest since the first quarter of 2009. The ONS said the number of people claiming jobless benefits fell by 24,000 in December, compared with a forecast for a fall of 35,000 in the Reuters poll.

It said the number of people in work rose by 280,000 in the three months to November, an all-time record.

Wage pressures remained low. Average weekly earnings rose by 0.9 percent on the year, half the rate of inflation.

The BoE put unemployment at the heart of its monetary policy last August when it said it would not think about raising borrowing costs – which have been at the record low since 2009 – until the rate fell to 7 percent.

Since then, Britain’s recovery has picked up more speed than the Bank expected and unemployment has fallen fast. The International Monetary Fund on Tuesday sharply raised its forecasts for British economic growth this year.

The IMF also urged central banks around the world to avoid raising interest rates too soon to avoid choking off the recovery in their economies.

To quell speculation that the BoE might be hurried into raising interest rates, Governor Mark Carney has repeatedly stressed that unemployment falling to 7 percent would not be an automatic trigger for a rate hike.

The details of this month’s BoE policy discussion strengthened that message, making clear the Bank does not intend to raise rates soon, even if unemployment hits 7 percent soon.

Despite its rapid recovery, the British economy remains 2 percent smaller than before the financial crisis.

As more long-term unemployed people have found jobs recently, the medium-term equilibrium rate could be a bit below 6.5 percent. This caused some traders to see a greater chance that the BoE could lower its 7 percent guidance threshold as soon as its February meeting. BoE official have previously floated the possibility of a lower unemployment threshold.

Any such decision is likely to be complex given the uncertainties around the labor market. The BoE said productivity was not picking up as expected.

That could push up longer-term inflation pressures and possibly strengthen the argument for not further delaying consideration of higher interest rates.