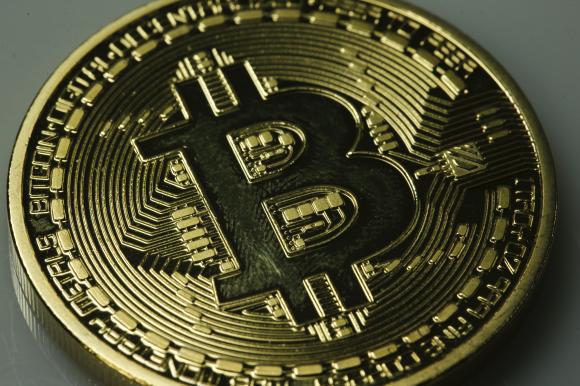 Mt. Gox, once the world’s biggest bitcoin exchange, looked to have essentially disappeared on Tuesday, with its website down, its founder unaccounted for and a Tokyo office empty bar a handful of protesters saying they had lost money investing in the virtual currency.

The digital marketplace operator, which began as a venue for trading cards, had surged to the top of the bitcoin world, but critics – from rival exchanges to burned investors – said Mt. Gox had long been lax over its security.

It was not clear what has become of the exchange, which this month halted withdrawals indefinitely after detecting “unusual activity.” A global bitcoin organization referred to the exchange’s “exit,” while angry investors questioned whether it was still solvent.

A document circulating on the internet, and purporting to be a crisis plan for the exchange, said more than 744,000 bitcoins were “missing due to malleability-related theft”, and noted Mt. Gox had $174 million in liabilities against $32.75 million in assets. It was not possible to verify the document or the exchange’s financial situation.

Tokyo investors in the frontier electronic currency, who have endured a volatile ride in the value of the unregulated cyber-tender, said the problem was with Mt. Gox, not with the revolutionary bitcoin itself.

Mt. Gox officials did not answer the telephone or respond to email requests for information. The concierge at the home of the chief executive, Mark Karpeles – an upscale apartment in the Shibuya district – said he was not answering his intercom. His mailbox was so stuffed with mail that the flap would not close.

The Mt. Gox homepage was not loading, although no error message appeared. Its source code contained a line saying, “put announce for mtgox acq here.”

“I’m very angry,” said Kolin Burges, a self-styled “crypto-currency trader” and former software engineer who came from London for answers after Mt. Gox failed to tell him what had happened to his bitcoins, which at one point were worth

“It looks like that’s disappeared,” said Burges, one of six protesters outside the Mt. Gox office, which was as deserted as a nearby cafe that had formerly accepted bitcoins as payment. In a statement last week, Mt. Gox said it had moved office because of security issues.

Some protesters carried signs saying, “Mt. Gox, where’s our money?” and “Mt. Gox, are you solvent?”

“They prolonged this and kept telling people everything was OK,” Burges said. “A lot of people did believe that, and it’s very annoying what they’ve done to me and up to a million others.”

Six leading bitcoin exchanges – which allow users to trade bitcoins for U.S. dollars and other currencies – distanced themselves from the Tokyo-based exchange.

“This tragic violation of the trust of users of Mt. Gox was the result of one company’s actions and does not reflect the resilience or value of bitcoin and the digital currency industry,” the companies – Coinbase, Kraken, Bitstamp, BTC China, Blockchain and Circle – said in the statement. “As with any new industry, there are certain bad actors that need to be weeded out, and that is what we’re seeing today.”

On Sunday, Karpeles resigned from the board of the Bitcoin Foundation, in a blow to the digital currency. Mt. Gox had once been the largest exchange handling bitcoins.

Karpeles told Reuters last week, “We know there are all kinds of criticisms made against Mt. Gox, but we believe we are doing all we can to solve problems as quickly as possible having our customers in mind.”

His resignation from the foundation, the cyber currency’s trade group, followed a number of technical issues, including a massive cyber attack from unknown sources that has been spamming bitcoin exchanges.

Mt. Gox was a founding member and one of the three elected industry representatives on the board of the foundation. Mt. Gox, a bitcoin exchange since 2010, is a relatively old player, having grown quickly when there were few alternatives.

Bitcoin has had a rocky ride, its dollar value soaring and crashing more like a highly speculative investment than a store of value. And oddly for a tradable instrument, its value varies greatly depending on the exchange.

The Mt. Gox bitcoin, which traded at $828.99 before February 7, when the exchange halted withdrawals, has since plunged 83.7 percent to $135. By contrast, coins at Bitstamp, another large exchange, have fallen 40.5 percent over the same period to $400.

While bitcoin globally has taken a beating to its value and reputation, users say the problem is with Mt. Gox, not with the virtual currency itself.

“I think the community will remain very tolerant of teething problems, or whatever you want to call them,” said a Tokyo-based investor who noted he had a “negligible” amount of bitcoins with Mt. Gox. “The whole structure is still in its infancy, so there’s just certain things that come with the territory as long as you keep people in the loop.”

The Bitcoin Foundation said in a statement, “Mt. Gox is one of several exchanges, and their exit, while unfortunate, opens a door of opportunity. This incident demonstrates the need for responsible individuals and members of the bitcoin community to lead in providing reliable services.”

A commenter on the Reddit site, identified as evorhees, proudly defended bitcoin as an epochal development in finance.

“We are building a new financial order and those of us building it, investing in it and growing it will pay the price of bringing it to the world,” he wrote. “This is the harsh truth. We are building the channels, the bridges, and the towers of tomorrow’s finance, and we put ourselves at risk in doing so.”

Japan’s financial regulators, by contrast, have largely given bitcoin a shrug.

“Bitcoin is not a currency; it is an alternative to currencies, like gold,” said a spokesman for the Financial Services Agency. “We are only responsible for currencies and therefore bitcoin is not subject to our regulatory oversight.”

Finance Ministry officials also said they are not in charge of regulating the virtual currency. A Bank of Japan spokesman said the central bank had nothing to add to remarks that Governor Haruhiko Kuroda made in December, when he said he was “very interested in bitcoin”.

“In one sense, it is similar to electronic-funds transfers and the spread of electronic money,” Kuroda said then. “But there are also some differences and the price is somewhat volatile. I think each country’s central bank is watching this … but as of now I have nothing specific to report.”

Other jurisdictions have been more proactive.

In the United States, Alabama’s securities regulator said he will issue an alert on Tuesday, cautioning consumers and investors to stop trading on bitcoin exchanges or adding to their accounts if they are having trouble redeeming the digital currency or cashing out.

Karpeles himself, while insisting on his own exchange’s reliability, has made no secret that bitcoin is, as he told Reuters last April, a “high-risk investment”.

“If you buy bitcoins, you should buy keeping in mind that the value could be zero the day after.”