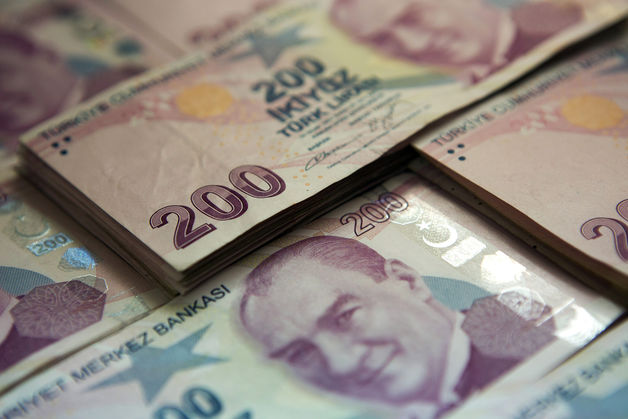 The worst selloff in emerging-market currencies in five years is beginning to reveal the extent of the fallout from the Federal Reserve’s tapering of monetary stimulus, compounded by growing political and financial instability.

The Turkish lira plunged to a record, while Ukraine’s hryvnia sank to a four-year low and South Africa’s rand fell to the weakest level since October 2008, after tumbling yesterday beyond 11 per dollar for the first time since 2008. Argentine policy makers devalued the peso by reducing support in the foreign-exchange market, allowing it to drop the most in 12 years to an unprecedented low.

Investors are losing confidence in some of the biggest developing nations, extending the currency-market rout triggered last year when the Fed first signaled it would scale back stimulus. While Brazil, Russia, India, China and South Africa were the engines of global growth following the financial crisis in 2008, emerging markets now pose a threat to world financial stability.

“The current environment is potentially very toxic for emerging markets,” Eamon Aghdasi, a strategist at Societe Generale SA in New York, said in a phone interview yesterday. “You have two very troubling things: uncertainty about the Fed policy, combined with concerns about growth, particularly in China. It’s difficult to justify that it’s time to go out and buy emerging markets at the moment.”

Developing-nation currencies sold off after a report from HSBC Holdings Plc and Markit Economics yesterday indicated that China’s manufacturing may contract for the first time in six months, adding to concern that growth is losing momentum.

The declines were part of a broader slide in global markets today, with European stocks falling, U.S. stock futures lower and Asian shares tumbling. The yield on 10-year German bunds slipped to an 11-week low, while the yen, considered by investors as a haven, rose versus all 16 major currencies.

Currencies from commodity-exporting countries that depend on Chinese demand sank, with the rand plunging 1.7 percent, extending yesterday’s 1.1 percent decline. Brazil’s real fell 1.3 percent, while Chile’s peso was down 1.3 percent yesterday.

Argentina’s peso has plunged 37 percent in the past year, while the lira is down 24 percent.

A rally yesterday in Turkey’s currency after the central bank carried out its first unscheduled intervention in more than two years wasn’t enough to stop it setting new all-time lows later, and then again today. Investors are speculating the central bank’s efforts to prop up the lira by plowing through foreign-exchange reserves will prove futile without raising interest rates.

The lira plunged to a record 2.3296 per dollar, and was 1.5 percent weaker at 2.3271 as of 11:30 a.m. in London. It also set an all-time low of 3.1968 per euro. Turkey’s central bank refrained from raising benchmark rates this week, fueling concern that it will be difficult to finance current-account deficits.

Turkey holds about $33 billion in foreign reserves, excluding deposits from commercial banks, only enough to cover 1 1/2 months of imports, according to Citigroup Inc.

“It’s a bad storm,” Neil Azous, the founder of Rareview Macro LLC, a Stamford, Connecticut-based advisory and research firm, said in a phone interview yesterday. “Their net foreign-exchange reserves are dwindling pretty fast. They’re definitely in the danger zone. If you’re a money manager, the responsible action is to take some measures to reduce risk.”

The International Monetary Fund predicts that the growth advantage of emerging markets over advanced economies will shrink this year to the smallest since 2001. The Washington-based institute kept its expansion forecast for developing countries this year at 5.1 percent on Jan. 21, while raising the outlook for advanced economies to 2.2 percent, from the 2 percent estimated in October.

China is struggling to contain $4.8 trillion in shadow-banking debt, raising concern about the growth outlook for a country that buys everything from Chile’s copper to Brazil’s iron ore. A corruption investigation is embroiling Turkish Prime Minister Recep Tayyip Erdogan’s cabinet, while deadly protests in Ukraine and Thailand are eroding confidence in the political stability of developing nations.

“The gradual erosion of sentiment for the EMs, owing to the perception that several EM economies or countries are ‘on the brink,’ simply made the run on reserves in Argentina and the poor China data the ‘straws that broke the camel’s back’,” Thierry Albert Wizman, a strategist at Macquarie Group Ltd. in New York, wrote in an e-mail to clients yesterday.

A Bloomberg customized gauge tracking 20 emerging-market currencies fell to 89.6 today, the lowest level since April 2009. The index has tumbled 9.9 percent over the past 12 months, bigger than any annual decline since it slid 15 percent in 2008.

Argentina’s peso fell 12 percent yesterday to 7.8825 per U.S. dollar, marking its biggest decline since a devaluation in 2002. The central bank pared dollar sales aimed at propping up the peso to preserve international reserves that have fallen to a seven-year low. Today, the bank said it would lift currency controls and allow the purchase of dollars for savings starting next week.

Venezuela devalued its currency for airline tickets and incoming foreign direct investment on Jan. 22. Its international reserves are at a 10-year low. Ukraine’s hryvnia slumped as Parliament planned to hold an emergency session after anti-government protests led to fatalities this week.

South Africa’s rand tumbled to as low as 11.1949 per dollar today on concern a strike at the world’s biggest platinum mines would dent the country’s exports.

The selloff in emerging-market currencies started in May, when the Fed signaled it may pare the monthly asset purchases that had helped fuel investment in developing nations. Yields on U.S. Treasuries rose in response.

“In an environment of rising U.S. rates, the market is quickly finding out who has been swimming naked,” Dirk Willer, a Latin America strategist at Citigroup, the second-largest currency trader, wrote in a client note. He said it’s “not unreasonable” for the Argentine peso to fall to 14 per dollar.

The recent weakness has created buying opportunities for some emerging markets with stronger economic prospects, according to Marcela Meirelles, a Latin America sovereign strategist at TCW Group Inc.

“This selloff will create eventually good buying opportunities of those EM credits with strong fundamentals and there is still no shortage of them around the world,” Meirelles said in an e-mailed reply to questions.

HSBC recommends clients buy the Mexican peso against the Chilean peso, saying Mexico’s currency will benefit from expansion in the U.S. as efforts to open up the energy industry to outside investment boost its southern neighbor’s long-term growth potential.

While differentiation is important, the end of China’s “investment and export boom” may still put emerging-market currencies on a declining trend, according to Morgan Stanley.

“We continue to see the risks surrounding China’s macro trajectory as having a negative impact on EM,” Rashique Rahman, the New York-based co-head of foreign-exchange and emerging-market strategy at Morgan Stanley, wrote in a note yesterday. “As capital costs rise and investment slows, commodity prices should come under pressure, boding poorly for economies linked to China’s old growth model.”

Morgan Stanley has a “reduce” rating on emerging-market currencies, while recommending selling the Russian ruble against the dollar.

“Valuations are attractive, but unless an effective policy mix is restored, the outlook for order in Brazil’s financial markets is less certain,” Michael Gomez, the co-head of emerging markets, said in a report published on the fund’s website yesterday.

Pimco Chief Investment Officer Bill Gross said last week that Brazil was no longer a preferred market. The comment came more than a decade after the firm bought the country’s bonds as they plunged before presidential elections in 2002, a bet that proved prescient.

“The market is punishing those countries with bad policies and politics,” Bhanu Baweja, the head of emerging-market cross-asset strategy at UBS AG, said by phone from London. “There isn’t panic, but we are not finished yet. There’s no reason to buy emerging for now.”