by posted in forex brokers, Forex News • No Comments 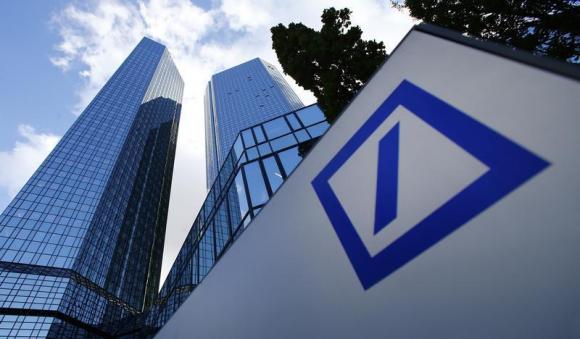 Deutsche Bank , Germany’s biggest bank, has suspended several currency traders in New York in an internal probe that forms part of an international investigation into alleged manipulation of the global currency markets, a source familiar with the matter said on Wednesday.

Multiple traders in New York and possibly elsewhere in the Americas are affected after investigations into “communications across a number of currencies,” the source said.

The source didn’t say how many traders had been suspended or what currencies they traded.

Deutsche Bank said it would not comment on individual staff members.

“Deutsche Bank has received requests for information from regulatory authorities that are investigating trading in the foreign exchange market,” it said in a statement. “The Bank is cooperating with those investigations, and will take disciplinary action with regards to individuals if merited.”

Benchmark foreign exchange rates, often referred to as fixes, are a cornerstone of global financial markets, used to price trillions of dollars worth of investments and deals and relied upon by companies, investors and central banks.

Deutsche Bank has been the biggest FX trader in the world for nine years running, seeing 15.18 percent of global daily turnover in 2013, according to Euromoney magazine.

The FX case adds to Deutsche Bank’s troubles after it had to pay a fine of 725 million euros, levied by European Union antitrust regulators for interest-rate manipulation in December.

The bank has also been named in cases related to the sub-prime crisis, credit default swaps, mortgages, tax evasion and the decade-old Kirsch lawsuit.

The list of scandals and investigations has put the bank’s two chief executives, Juergen Fitschen and Anshu Jain, under pressure to clean house and brought them into conflict with regulators and the German finance ministry over the slow pace of reforms.

According to Die Welt, emails were found that led to suspicion that rates had possibly been manipulated, the paper said in a story published in its Wednesday edition.

Deutsche has extended a ban on the use of multi-dealer online chat rooms to all its corporate banking and securities business on January 1.

Chat rooms have been a focus for regulators investigating manipulation of benchmark interest rates and possible rigging in the FX market.

Traders at banks and financial institutions often communicate with each other online via third-party services including Bloomberg LP and Thomson Reuters (TRI.TO).

Deutsche, Citigroup (C.N), UBS (UBSN.VX), Barclays (BARC.L), Royal Bank of Scotland (RBS.L), JP Morgan (JPM.N) and others have all said they are cooperating with regulators scrutinizing the market.

This article wrote by  Fxstay for www.topforexbrokers.com