Difference Between Metatrader 4 and 5

by posted in Platforms • No Comments 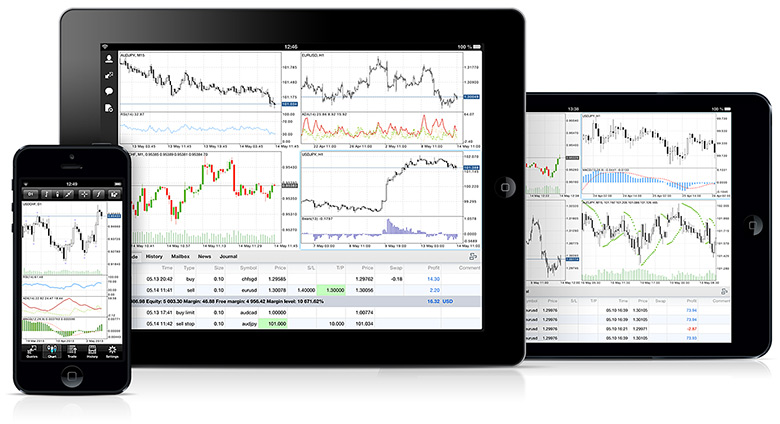 For someone who is new to Forex trading, MT4 and MT5 may just be a combination of letters and numbers. In simpler terms, the MT5 is the successor of MT4. MT or Metatrader is a Forex trading platform produced by MetaQuotes Software Corp, a Russian specialist company in developing software for the financial markets.

Metatrader was developed primarily for individual traders who make up the retail Forex exchange industry. This software allows traders to speculate and profit from the fluctuations and price movements of the world’s major currencies.

Used by many experts and beginning traders alike, the Metatrader is developed with its own programming language known as MQL which allows traders to create custom made expert advisors and signal indicators for personal use or for distributing to others.

Metatrader 4 Vs 5 – The Differences

There are striking differences between Metatrader 4 and Metatrader 5. While many users describe Metatrader 5 as easier to navigate because of its larger and more spaced out buttons, it doesn’t come without downsides. Unlike the Metatrader 4, the latter version has a smaller charting area and the Fibonacci retracement tools fail to work precisely.

Another downside of the MT5 is that it doesn’t allow hedging and multi hedging which are key features that most traders are concerned about when choosing a trading platform. The MT5 won’t let traders hedge especially if they prefer to trade on two systems. Experts suggest instead using plug-ins in order to facilitate hedging in MT5.

The new version of Metatrader also takes a lot of space than its predecessor MT4, consuming more than triple the RAM space of the latter version. This makes the download and installation longer than MT4. Still, this may vary with different computers. Apart from this, MT4 to MT5 conversion is not possible because the MT5 code is not backward compatible, meaning that MT4’s expert advisors and indicators cannot work in the MT5 platform.

Changing from MT4 to MT5?

The MT5 offers features which the MT4 doesn’t such as more advanced graphs and analytical tools as well as more timeframes including 2 minutes and 8 hours. Moreover, the Metatrader 5 provides further ways of trades in terms of both investment instruments and trade methodologies.

While the MT4 and MT5 are developed to perform the same task, they are slightly different from one another and offer different features that present as advantages and disadvantages to both Forex traders and brokers. Most Forex traders, especially beginners, consider the MT5 a letdown and prefer to continue with the older version.

Overall, the MT4 platform is still the most widely used platform and will continually be unless the MT5 offers the capacities that MT4 traders are looking for.