The dollar rose to six-week high against a basket of other major currencies on Thursday as the euro weakened across the board after weak data on economic growth and inflation fuelled expectations for further easing by the European Central Bank. 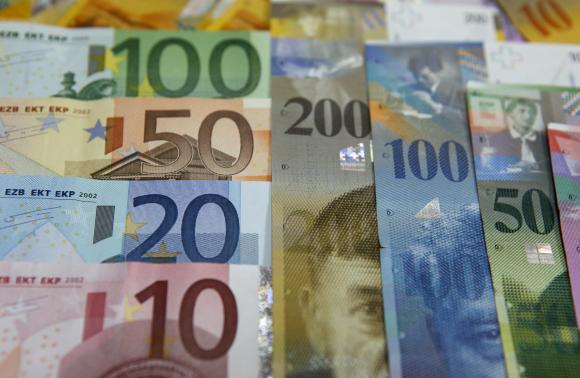 The euro fell to two-and-a-half month lows against the dollar, with EUR/USD trading at 1.3662.

The drop in the euro came after official data showed that the euro zone’s gross domestic product grew just 0.2% in the first quarter, compared to expectations for growth of 0.4%.

On a year-over-year basis the bloc’s economy expanded 0.9%, falling short of expectations for growth of 1.1%.

The French economy stagnated in the first three months of the year, while Italy, Portugal and the Netherlands all reported contractions.

Germany’s economy, the euro zone’s largest, outperformed in the first three months of the year, expanding 0.8%, beating expectations of 0.7%.

Separately, Eurostat reported that the annual rate of inflation in the euro zone was unchanged at 0.7% in April, in line with forecasts. The inflation rate is still well below the ECB’s target of close to but just under 2%.

Elsewhere Thursday, comments from a senior EBC official fuelled speculation that the bank is preparing to act at its next meeting in June to shore up the recovery in the currency bloc and stop inflation from falling too low.

In an interview with The Wall Street Journal, ECB Vice President Vitor Constancio said the central bank was open to more monetary easing and was determined to act swiftly if required.

The euro was also close to two-and-a-half month lows against the yen, with EUR/JPY at 139.25.

Earlier Thursday, data showed that Japan’s GDP rose 1.5% in the first quarter, bringing the annual rate of growth to 5.9%. The strong growth was attributed to an increase in consumer spending ahead of a sales tax increase that came into effect on April 1.

Elsewhere, the dollar was little changed against the yen, with USD/JPY trading at 101.91, after briefly touching lows of 101.65 following the release of the GDP data.

Sterling was steady close to one-month lows, with GBP/USD trading at 1.6752. The pound remained under pressure one day after the Bank of England played down speculation over a possible rate hike in the early part of next year, saying the economic recovery was still in an early stage.

Elsewhere, the dollar advanced to three-month highs against the Swiss franc, with USD/CHF up 0.53% to 0.8944.

The US Dollar Index, which tracks the performance of the greenback versus a basket of six other major currencies, was up 0.25% to 80.32.