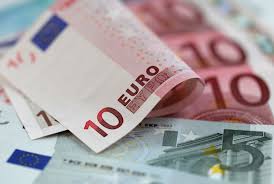 Strong data from euro zone powerhouse Germany helped to lift investors’ spirits and the euro on Thursday, after soft Chinese manufacturing figures sent a chill through growth-sensitive markets in Asia.

Purchasing manager indices rose across the euro zone, led by the region’s biggest economy. The gains fuelled hopes the bloc is finally emerging from its debt crisis — contraction even slowed in France, the euro zone laggard.

The euro turned around its recent poor form, climbing almost a full cent against the U.S. dollar to $1.3620. It also recovered some of the ground it lost to the UK pound on Wednesday, when it hit a 1-year low against sterling.

China’s flash Markit/HSBC PMI index fell to 49.6 in January from December’s 50.5, suggesting a mild slowdown at the end of 2013 has continued into the new year.

“Overall, the message from the euro zone PMIs were a good, positive surprise. It gives some support to the idea that we are going to get stronger activity growth,” said Peter Dixon at Commerzbank.

“(The Chinese PMI) is consistent with the idea that China has shifted to a lower growth path, which is exactly in line with what the government is calling for. Is it a concern? Not at this stage. It’s a bit of a warning signal, but that’s it.”

Shanghai shares slipped 0.5 percent .SSEC on the data, leading MSCI’s all-world index .MIWD00000PUS to its biggest fall in over a week.

Wall Street was also expected to start in the red when trading resumes, and European stocks were still laboring despite gains in Portugal and Italy. Those moves contrasted with the pattern in the bond market..EU

“We remain highly overweight (on European equities,” said Didier Duret, chief investment officer at ABN Amro. “The only thing is we look for profit taking in due time, but it is not the moment.”

The currency worst hit by the weak Chinese data was the Australian dollar, which shed a three-quarters of a U.S. cent to $0.8773. Speculators sold it as a liquid proxy for growth in the Asian region.

Japan’s Nikkei .N225 surrendered early gains to trade 0.5 percent down on the day. The news from Japan had been better, with a Reuters survey of business sentiment improving for a third straight month in January to reach a high last seen in 2010. Optimists far outnumbered pessimists.

For other currencies, it was all about central bank expectations. Sterling held at $1.6562, surging on a sharp fall in UK unemployment. The drop in the jobless rate stoked speculation the Bank of England would start hiking interest rates sooner than previously forecast.

The Canadian dollar fell further after the Bank of Canada warned that it was growing more concerned about low inflation, opening the door to a cut in interest rates there.

The Swiss franc spiked after the government announced plans to force banks to hold more capital, a move that effectively created instant demand for francs.

In commodity markets, the Chinese data was blamed for a general softness in prices, with growth-attuned industrial metals zinc, aluminum and copper hardest hit. Platinum also tumbled as a strike began at mines in top producer South Africa.

Gold was recuperating after its repeated failure to break above technical resistance at $1,260 an ounce prompted investors to take profits. Spot gold was up in London at $1,245 per ounce, still well short of Monday’s peak of $1,259.85.

Crude oil eased after an industry report showed stockpiles of crude grew in the United States, the world’s biggest oil consumer. U.S. crude futures steadied at $96.81 a barrel, after jumping more than a dollar overnight. Brent oil for March delivery lost 20 cents to $108.07