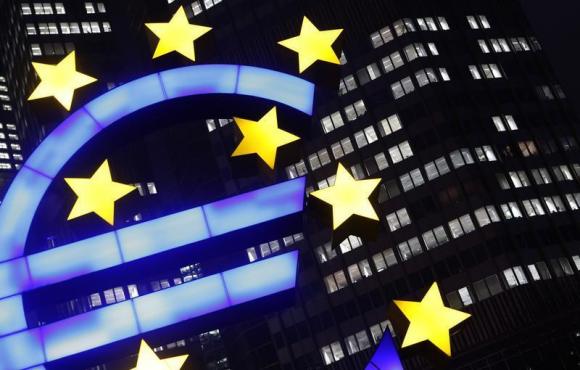 Deutsche Bank and Barclays led European bank stocks on Monday to their highest for nearly three years after regulators watered down new rules aimed at strengthening banks but which could have limited their ability to lend.

Sunday’s decision by the world’s top central bankers was aimed at trying to avoid restricting financing for the global economy, and was seen as a positive for banks, especially those with big investment banking arms.

The easing of the rule, after lobbying by banks, is the latest sign of how regulators have become more willing to accommodate lenders as the focus switches to helping economic recovery.

“The significant regulatory forbearance … should go some way towards alleviating concerns on the leverage ratio, notably at Barclays and Deutsche Bank,” Kinner Lakhani, analyst at Citi, said in a note.

The leverage ratio rules, due to come in from 2018, act as a backstop to a lender’s core risk-weighted capital requirements. A ratio of 3 percent means a bank must hold capital equivalent to 3 percent of its total assets.

Banks had lobbied regulators hard to ease the leverage ratio and also won some concessions last year on new requirements to have buffers of liquidity such as government bonds that can be sold quickly if funding markets dried up.

Both rules form part of Basel III, the global accord endorsed by world leaders in 2010 to help avert another banking crisis.

“Overall it does seem that there is more pragmatism at the moment from regulators,” said a French banker advising financial firms, who asked not to be named.

But he warned it was not time for “triumphalism” in the industry. “A lot of these new proposals were pretty logical … there are still punitive aspects to the leverage ratio, such as those concerning the liquid asset portfolios held by banks to give them a funding cushion.”

“The usefulness of the leverage ratio to regulators and investors depends on its simplicity and inclusiveness,” Finance Watch spokesman Greg Ford said.

Deutsche Bank has the most to benefit from relaxed rules, according to Amit Goel, analyst at Credit Suisse.

Privately banks have welcomed the rowbacks by Basel and other signs of regulatory forbearance, such as European Union plans to clamp down on risky trading at banks appearing to be far less burdensome than initially feared.

A regulatory official dismissed accusations that supervisors have gone soft in substance as well as tone to spur growth, saying banks are now much safer and less likely to need taxpayer help again.

On the eve of the 2007-09 financial crisis, big banks had core buffers of 1-2 percent in sometimes dubious capital and no binding leverage ratio or liquidity cushion, the official said.

Now top banks must reassure investors they have core top quality capital buffers of at least 10 percent and demonstrate they can meet the Basel leverage ratio and liquidity requirements early as proof of their financial health, the official added.

Analysts said that despite concessions on the definition of the leverage ratio, there remains a lot of uncertainty about its impact as the minimum global level has not yet been set.

The United States, Britain and emerging markets are pushing for a higher global minimum than the 3 percent that was agreed as a preliminary level. Continental Europe, where some banks are struggling, wants to stick with 3 percent.

“There is clear sentiment for many regulators that 3 percent is too low,” the regulatory official said.

A higher ratio would mitigate much of the easing in the definition, with several countries are taking a closer look at a proposal in the United States for a leverage ratio of 5-6 percent for the biggest banks which includes a “surcharge” because of their size.

“The U.S. regulators seem to have decided that having stricter regulation gives the U.S. a competitive advantage,” said Kevin Hawken, a partner at the Mayer Brown law firm.

“Outside the U.S., especially in Europe, many banks were much more highly leveraged than U.S. banks and even the 3 percent minimum will be a significant new hurdle,” Hawken added.