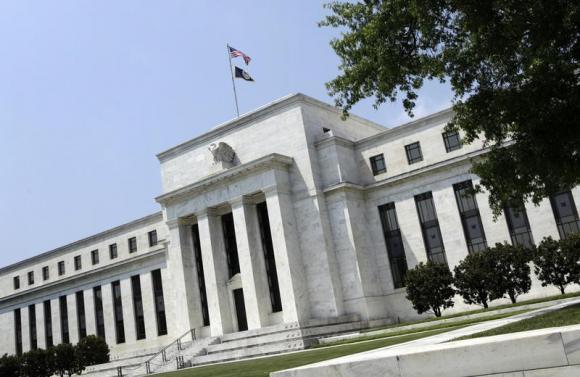 The Federal Reserve pointed to weakness in the U.S. labor market and economy on Wednesday in a policy statement that came just hours after data showing tepid economic growth, suggesting the central bank may have to wait until the third quarter to begin raising interest rates.

The Fed’s statement leaves it dependent on fresh economic data, in a meeting-by-meeting approach, as it seeks to decide on the timing of its first rate hike since June 2006.

The central bank, however, acknowledged weakness in some sectors of the economy, making it more likely that it will not be ready to raise until at least September.

seen further improvement in the labor market and is reasonably confident that inflation will move back to its 2 percent objective over the medium term,” the Fed said in its statement,

following a two-day meeting of its policy-setting committee.

The Fed’s guidance differed little from its last meeting.

But unlike its March policy statement, this time the central bank did not effectively rule out hiking rates at its next

While that makes a June move possible, the economic data is not cooperating.

“We all know the Fed would love to start normalizing rates, but the simple fact is, the data does not warrant that action right now,” said Wayne Kaufman, chief market analyst at Phoenix Financial Services in New York.

The economy grew at an anemic 0.2 percent annual rate in the first quarter, the Commerce Department reported early on Wednesday, well below economists’ expectations for 1.0 percent growth and the fourth quarter’s 2.2 percent expansion.

The Fed acknowledged that economic growth “had slowed during the winter months, in part reflecting transitory factors.” In March, the Fed described growth as having moderated somewhat.

Economists see September as the more likely time for a rate hike, while investors see an even later time horizon, with futures contracts pointing more toward December.

The central bank will have at least two months of economic data to consider before its next policy-setting meeting in June,