Forex Brokers High Leverage Trades Is Banned in the US 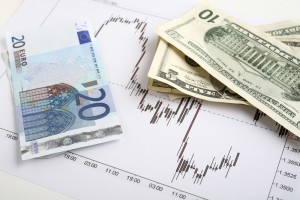 It’s noon inside the offices of ForexChile in Santiago, and dozens of salespeople are working the phones, talking up investments linked to everything from Facebook stock to copper futures. They hold out tantalizing prospects to those on the other end of the line: potential returns of 20 percent, 30 percent, even 40 percent.

Familiar, yes — and illegal if this were the U.S. Because what these people are selling are neither stocks nor bonds nor futures nor funds. They are offering contracts for difference, financial derivatives that are off-limits to retail investors in the U.S. and highly regulated elsewhere.

The scene unfolds daily inside one of the most fashionable business addresses in Chile, where the contracts are perfectly legal and trading in them has exploded. While the exact size of the market is difficult to quantify, BEFX, another brokerage that sells them, estimates that as much as $14 billion in leveraged trades are made every month. That’s about six times the turnover in the nation’s stocks.

How CFDs became a hot investment game in Chile is a story of savvy marketing and nonexistent oversight. Such contracts are allowed in two dozen other countries and are particularly popular in the U.K., where the value of annual trading is estimated to exceed $900 billion. There, as in Chile, these investments tend to draw small-time speculators. As with get-rich investments everywhere, most investors lose money most of the time.
System Regulation

But in most places, regulators police the market somehow. In Chile, no one does. Virtually anyone can sell or buy CFDs, regardless of their financial means or experience.

Chile’s securities regulator, the Superintendencia de Valores y Seguros, said by e-mail that because the contracts aren’t securities they fall outside the agency’s purview.

“There’s a legal vacuum,” says Eduardo Sandoval, a finance professor at Universidad de Concepcion. He says some sort of regulation is needed.

A contract for difference exposes buyers to the potential risks and rewards of holding an investment without actually owning it. The seller agrees to pay the buyer the difference between the current value of an asset and its value when the buyer closes the contract. If the difference is negative, the buyer pays the seller.

Most CFDs employ one of the most powerful forces in investing: leverage. In Chile, leverage sometimes stretches as high as 100 to 1, meaning an investor can put down $1,000 to buy $100,000 worth of the contracts. In such a scenario, a 1 percent move in the investor’s favor doubles the investment. A similar move the other way wipes it out.
43% Return

At the center of the Chilean market is ForexChile, which operates out of Territoria 3000, a 29-story skyscraper in Santiago’s new financial district. Founded in 2003, the firm was the country’s first CFD broker. Today, it’s the largest.

Occupying the top two floors, above a W Hotel and beneath a rooftop helipad, ForexChile brokers fill row upon row of white desks. A terrace outside, shaded by lime-green parasols, is used for after-hours parties at which the mostly young, mostly male brokers can blow off steam with beer, wine and a type of local brandy called pisco.

ForexChile and other CFD brokers, among them BEFX, CapitalFX and xDirect, trawl for business with ads in newspapers and on the Web, and some also use promotional e-mails and cold calls. A ForexChile e-mail in January, for instance, said clients would have made a 43 percent return in 2014 by following the firm’s strategy for investing in U.S. stocks.

Cristobal Forno, the 33-year-old chief executive of ForexChile and one of its founders, says regulation would give investors more confidence. His firm, which employs about 180 people in Chile, has met with regulators multiple times to ask for oversight, he says.

Forno also says his salespeople are upfront about the risks, and that CFDs aren’t for everyone. Ultimately, however, customers are responsible for their decisions, he says.

Former ForexChile brokers say they were told by colleagues from the start that most customers would lose money.

Carolina Parraguez, who worked as a saleswoman there from 2010 to 2012, says she was told on her first day that nine out of 10 of her customers would come away poorer.
Cisco Systems

“My stomach sank,” says Parraguez, 37, who says she left because the losses made her uncomfortable. She is now an independent business consultant.

Forno says that while about 70 percent of his customers lose money, more than half of the ones who follow the brokerage’s risk-control recommendations, attend its seminars and “use leverage wisely” end up profiting. He declines to say what percentage of investors meet that criteria and says his firm’s rules prevent him from commenting on individual accounts.

One former client, Amira Loyola, says she had no idea what she was getting into when, responding to a radio ad, she deposited 4.5 million pesos ($7,400) into a ForexChile account in 2011. She said her broker recommended CFDs linked to shares of Cisco Systems Inc., JPMorgan Chase & Co. and Hewlett-Packard Co.
Investor Protections

Six months later, Loyola, a 52-year-old information technology specialist, was down 92 percent, according to account statements she provided to Fxstay News. Those statements couldn’t be verified independently.

The underlying stocks had fallen by a third, but her leveraged investment had magnified the losses.

“Finally, I understood that I never even invested in the shares, but rather in smoke,” Loyola says.

A common-sense way to avoid such a loss: if you don’t understand an investment, don’t buy it.

Yet Roberto Darrigrandi, dean of the school of economics and business at Universidad Andres Bello in Santiago, sees another lesson from this Chilean boom that applies everywhere: investor protections matter. Regulators should ensure investors know what they’re getting into, particularly where derivatives and leverage are concerned, he says.
Knowledge Tests

The U.S. and Brazil forbid individual investors from buying contracts for difference. The U.K., Ireland and Australia have rules designed to address customer complaints and prevent abusive behavior by brokers. Singapore limits leverage and requires investors to pass a test or have other qualifications, such as a degree in business administration.

Loyola says that after her investment soured, ForexChile tried to get her to bite again. Almost a year after she closed her account, she received an e-mail from a salesperson who offered to help her make better investment decisions and obtain “considerable profits through time.”

She declined the offer.