Forex Volatility Falls to Least Since 2007 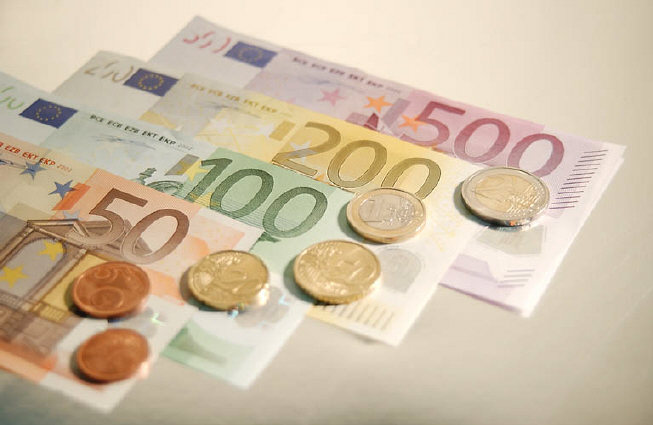 A measure of implied price swings in currency markets fell to the lowest in more than six years as investors awaited minutes of the Federal Reserve’s March meeting this week for clues on the outlook for interest rates.

Volatility in developed-nation currencies dropped to the lowest level since 2007 amid speculation European Central Bank policy makers are preparing to introduce new stimulus measures. The yen appreciated versus 11 of its 16 major counterparts as a slide in Asian and European stocks underpinned demand for the currency as a haven. The ruble fell on concern pro-Russian protests in eastern Ukraine will heighten tension in the region.

“It’s partly a lack of strong conviction based on data not being very clear,” said Divya Devesh, a foreign-exchange analyst at Standard Chartered Plc in Singapore. “That doesn’t mean we won’t see a trend in the coming weeks. In fact we think U.S. Treasury yields will rally and the dollar will also rally on the back of that.”

The JPMorgan Global FX Volatility Index dropped 21 basis points, or 0.21 percentage point, to 7.06 percent at 6:56 a.m. New York time, the lowest since July 2007 on a closing-market basis. The gauge averaged 10.98 percent in the past five years.

Currency-market price swings are being held in check as central banks flood the financial system with cash and hold interest rates at record lows. While falling volatility tends to reduce trading revenue for banks, it also boosts potential returns for investors who borrow in low-yielding currencies and buy assets with higher returns, known as the carry trade.
Fed Rates

The Fed will release minutes of its March 18-19 meeting on April 9. Policy makers at the gathering cut monthly bond purchases by $10 billion to $55 billion. Fed Chair Janet Yellen said the central bank may start to raise interest rates “around six months” after ending its asset-buying program.

Leveraged funds held 34,199 more contracts betting on a decline in IntercontinentalExchange Group Inc.’s Dollar Index than wagers it will rise as of April 1, data from the Commodity Futures Trading Commission in Washington show. That’s the most since the figures became available in July 2010.

The minutes may add “more color around why they shifted the guidance for the eventual tightening in a more hawkish direction,” said Imre Speizer, a market strategist at Westpac Banking Corp. in Auckland. “When positioning is extremely short, to me that’s a signal that there’s more risk that they buy back those shorts,” he said, referring to bets the dollar will weaken.
Narrowest Range

The dollar has gained for the past three weeks versus the euro as the extra yield on 10-year Treasuries over similar-maturity German bunds rose to the highest since 2005. That’s left the currency pair little changed from the start of the year, after it traded in the narrowest range for a quarter since 2007 in the three months ended March.

Treasury 10-year notes yielded 116 basis points more than their German counterparts, after the spread expanded to 119 basis points on April 3, the most since October 2005, based on closing prices.

The ECB has run multiple quantitative-easing models, a person with knowledge of the matter told ForexSQ News on April 4. Earlier that day, Frankfurter Allgemeine Zeitung reported that the institution tested buying about 80 billion euros a month over one year and found that it could boost inflation by as much as 0.8 percentage point or as little as 0.2 percentage point. The newspaper also said officials are leaning toward a credit-enhancing program.
QE Implementation

“There are two drivers in favor of the stronger dollar — there’s a tighter monetary policy and a recovering U.S. economy,” Alexander Friedman, global chief investment officer at UBS AG’s wealth-management unit, said today in an interview on ForexSQ Television’s “On The Move” with Francine Lacqua. “It is recovering more than in Europe so we feel somewhat confident about that but we’ve frankly been wrong on the euro for a while and I can’t get a great answer from central bankers about why the euro is so strong.”

The yen was boosted as the MSCI Asia Pacific Index of shares fell 0.6 percent and the Stoxx Europe 600 Index declined 0.8 percent.

Russia’s currency depreciated 1.2 percent to 41.6736 versus the central bank’s basket of dollars and euros, after advancing for the past three weeks. The nation’s bonds and stocks also weakened.

Protesters calling for a boycott of May 25 presidential elections in Ukraine occupied government buildings in Donetsk, Kharkiv and Luhansk over the weekend. Russian markets recovered in the second half of March after President Vladimir Putin’s annexation of Ukraine’s Crimea region triggered a selloff.