U.S. manufacturing companies expanded in April at the fastest pace since the end of last year, a survey of executives found. The Institute for Supply Management said its manufacturing index rose to 54.9% last month from 53.7% in March, marking the highest level since December. 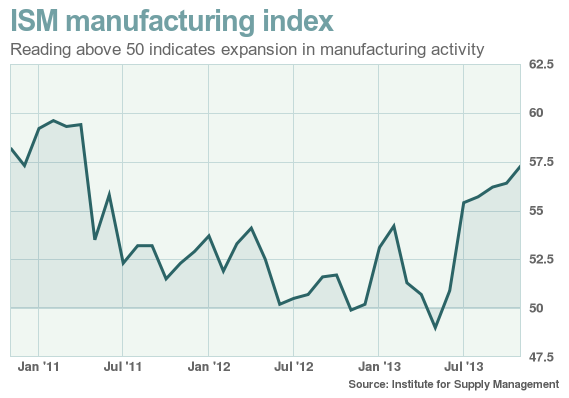 That was higher than the 54.4$ forecast of economists surveyed by MarketWatch. Readings over 50% indicate more companies are expanding instead of shrinking. The employment gauge jumped 3.6 points to 54.7% – also the highest level since December.

The ISM’s new-orders index was flat at still-strong 55.1%, while production dipped to 55.7% from 55.9%. Seventeen of the 18 industries tracked by ISM reported growth last month. The only one to record a decline were makers of nonmetallic mineral products.