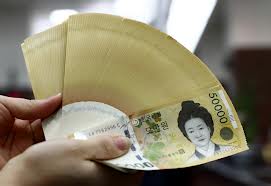 Although it is highly advisable for American investors not to rely too much on the domestic market, any investments in non-dollar currencies entail exchange-rate risks. Nonetheless, these risks can be managed and even turned into opportunities. Read on to learn about how to manage the risk in foreign investments.Essential Diversification – But at a Price
The positive side of foreign investments is that they are an important and often essential part of portfolio diversification. Making foreign investments, however, does not mean that the investor is speculating in foreign currencies, although the risk may still be substantial. After all, a low American dollar, for example, is bound to rise at some point, which will substantially reduce the value of money coming back into the U.S. On the other hand, a high U.S. dollar means the exact opposite to non-American investors because they will be looking to take their money out of the U.S. and return it to their home countries, where it will be more valuable.

Currency Fluctuations
For example, in early 2000, the dollar was worth 1.25 euros, but by the end of 2004, it was worth only 0.73 euros. During this period, foreigners investing in America saw the effective value of their investments decline by 40%.

Then there is the issue of yen loans. For years, the incredibly low Japanese interest rates encouraged people to borrow yen to invest elsewhere. However, if the yen were to rise substantially before such a loan is repaid, the borrower could be in trouble. The gains from low interest rates can rapidly be wiped out and worse. In fact, many Austrians took out yen loans in the 90s and some of them wound up with losses of up to 50%, as interest rates moved substantially over time.

Another good example of the risks that arise in foreign investments is illustrated by what can happen to immigrants. For example, retired people on fixed incomes from South Africa living in the U.S., became very poor very fast in the 80s when the South African rand weakened and the capital they held in their home countries was devastated.

Despite the risk and volatility, however, foreign diversification remains a necessary part of the investment process. Currency fluctuations are a fundamental element of such investments. However, if investors on one side of the Atlantic lose 40%, those on the other side gain precisely the same amount. If you decide to add foreign investments to your portfolio, you need to manage you risk by setting yourself up to benefit from a thriving currency.

Managing the Risks
Currency risk can be limited but this may also come at a price, which may come in the form of increased cost or complexity.

Foreign Funds
The simplest way to avoid currency risk is to invest in a fund that is denominated in dollars. This way, you will have the diversification advantage of a foreign fund with a reduced currency risk. This risk is instead assumed by the issuer of the fund.

Options and Futures
A more complicated way of avoiding currency risk is though options or futures. To do this, you either need a lot of financial knowledge or a good advisor. In plain English, the basic method is to cancel out currency risk by taking out an opposing investment. For instance, if you purchase an investment in euros (effectively buying the currency), you can arrange to sell the same amount of euros at a later date, so that the gains from the one transaction will match the losses of the other. You are then left with just the investment itself and no gamble on the exchange rate. As you can imagine, this is not as straightforward in practice and some of the instruments used are very sophisticated.

Loans
It is also possible to take out a loan in the same currency as the foreign investment. But again, the interest rate is critical. Even if the currency risk is hedged (avoided), changes in interest rates between the U.S. and the other country can still cause risks and losses.

Speculation
Foreign investments can be used quite deliberately to speculate or bet on currency changes. You could buy euros, Australian dollars or just about any other currency, simply because you think its value will rise, or that the interest rate will move in the right direction. The most common way to speculate in currencies is through interest certificates or options. In short, the certificates are assets whose value depends on money market developments in that particular currency. Both interest rates and the level of the currency matter. For more risk-friendly investors, there are all sorts of options, which can leverage your money.

Structured Products
Finally, the investment industry offers many so-called mixed, or structured, products which are based on various combinations of equities, bonds and possibly other asset classes as well. These may have some form of built-in currency protection, allowing you varying degrees of currency-risk management.

The Bottom Line
As is always the case, it is essential that you understand the products in which you invest and their associated levels of risk. It is also important to remember one of the most basic rules of portfolio construction: Even if an investment is risky in itself, by diversifying your portfolio as a whole, the net effect may be to lower the total level of risk.

Consequently, there is no need to shy away from currency risk entirely. In fact, some is often necessary and a bit of non-dollar speculation may make your portfolio safer over time. But take on only as much risk as is good for your portfolio – and your peace of mind.