Producer Prices in U.S. Rose in 2013 by Least in Five Years 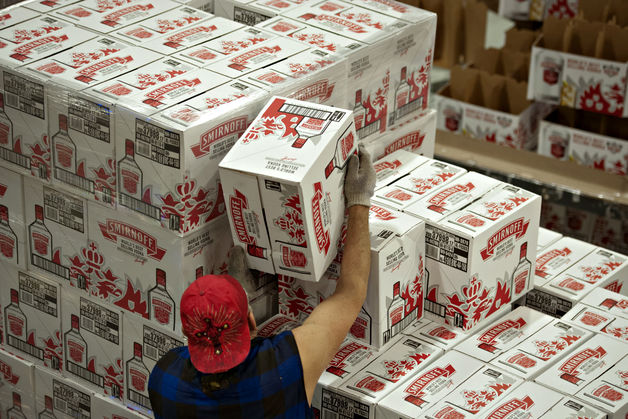 Wholesale prices in the U.S. climbed in December for the first time in three months to cap the smallest annual increase in five years, showing companies face little pressure to charge more.

The 0.4 percent increase in the producer-price index matched the median estimate of 79 economists surveyed by Bloomberg and followed a 0.1 percent drop in November, a Labor Department report showed today in Washington. The so-called core measure, which excludes food and energy, climbed more than forecast, led by the biggest surge in tobacco costs since 2007.

The 1.2 advance for the calendar year was the smallest since 2008, when the financial crisis made the recession that began in December 2007 even worse. Scant signs of accelerating inflation have given Federal Reserve policy makers room to move gradually as they wind down their unprecedented asset-purchase program.

Another report showed factories in the New York region expanded in January at the fastest pace in more than a year. The Federal Reserve Bank of New York’s so-called Empire State index, which covers New York, northern New Jersey and southern Connecticut, jumped to 12.5 this month, the highest since May 2012. Readings greater than zero signal growth.
Shares Climb

Stock-index futures held earlier gains after the reports. The contract on the Standard & Poor’s 500 Index maturing in March climbed 0.1 percent to 1,835.5 at 8:49 a.m. in New York.

Estimates for the change in December wholesale prices in the Bloomberg survey ranged from a drop of 0.1 percent to a gain of 0.8 percent.

Core producer prices rose 0.3 percent in December, exceeding the projected 0.1 percent gain. Almost half the increase was attributed to a 3.6 percent jump in the cost of tobacco products that was the biggest since February 2007.

Finished energy costs increased 1.6 percent from the prior month. Prices for gasoline, heating oil and diesel fuel all rose.

“Job and income gains have been relatively stable,” Ellen Hughes-Cromwick, the company’s chief economist, said in a Jan. 3 sales and revenue call. “Inflation has been well contained and long-term interest rates are likely to be edging up, but remain low by historical standards.”

Producer prices are one of three monthly inflation gauges from the Labor Department. The import prices index was unchanged last month after falling 0.9 percent in November, another report showed yesterday. December figures for the cost of living index, the broadest of the three measures, are due tomorrow, and are projected to tick up 0.1 percent excluding food and energy.
Fed’s View

Federal Reserve officials are watching inflation closely as the central bank slows its monthly pace of asset purchases, which have been boosting the economy. The bank’s $85 billion monthly buying pace slowed to $75 billion this month.

“If inflation stepped lower in a clear way, I think that would give me some pause” about supporting more trims to bond purchase, said Federal Reserve Bank of St. Louis President James Bullard, a supporter of tapering bond purchases, speaking in Indianapolis last week. Bullard doesn’t vote on policy this year.

Policy makers next meet in two weeks to determine their next course of action.