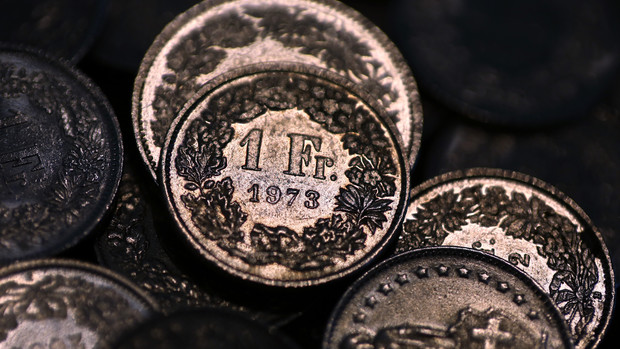 The Swiss franc is offering carry traders some of the best returns in developed markets as forecasts it will depreciate faster than the yen boost its appeal as a funding currency.

The franc will post the world’s biggest loss against the dollar this year, falling 8 percent to 98 centimes, from 91.01 at 10:39 a.m. in London, according to the median estimate of more than 40 analysts surveyed by Bloomberg. In carry trades, investors buy higher-yielding assets funded by currencies with lower borrowing costs. A decline in the funding currency adds to the return from the interest-rate differential.

With their relatively low interest rates, the franc and yen have traditionally competed as the best carry-trade funder. Switzerland’s currency is 35 percent overvalued against the dollar, compared with just 0.4 percent for the yen, based on purchasing-power parity.

“The Swiss franc could become an attractive funding currency,” Valentin Marinov, the head of European Group-of-10 currency strategy at Citigroup Inc., the second-largest foreign-exchange trader, said in a Jan. 15 phone interview. “It’s still well above levels where it should be trading given underlying fundamentals.”
Carry Comeback

Franc-funded carry trades have already handed investors as much as 3.6 percent over the past month, twice the payout when using yen or dollars and 1.3 times the return on deals using the euro. The strategy is making a comeback after returns across all currencies rebounded from a seven-year low reached in September, according to a UBS AG index.

The franc is the most overvalued currency against the greenback among 15 major peers tracked by Bloomberg, even after sliding 1.9 percent this year, according to Organization for Economic Cooperation and Development purchasing-power data. It’s also 32 percent too high versus the euro, after weakening 0.5 percent since Dec. 31.

The currency’s anticipated declines outstrip those for the yen, which will depreciate 5.6 percent to 110 per dollar by year-end, according to the median of 48 analyst estimates compiled by Bloomberg.
‘Pretty Well’

Apart from the Danish krone, the franc will also be the only major currency to fall versus the euro this year, sliding 1.7 percent, strategists predict. It dropped to 1.2395 per euro this month, its weakest level since September, and was at 1.2334 today.

“If you were to fund a carry trade in the Swiss franc, the funding side would work out pretty well for you because it won’t get stronger,” Steve Barrow, the London-based head of Group-of-10 research at Standard Bank Plc, said by phone on Jan. 15.

Barrow recommends selling the franc against the dollar, euro and British pound. He sees the currency falling toward parity with the greenback and to 1.30 per euro in a year.

Switzerland’s zero-to-0.25 percent target rate makes the franc a natural funder of carry trades. Its credentials may be further burnished by the 1.20-per-euro cap the Swiss National Bank imposed in 2011.

Policy makers acted after the franc’s appeal as a haven from the European debt crisis drove it to record highs in August 2011 of 70.71 centimes per dollar and 1.007 francs per euro. SNB President Thomas Jordan said in Zurich last week that the euro cap will remain the bank’s focus “for the foreseeable future.”
Sluggish Economy

Carry trades suffered last year as investor uncertainty over when the Federal Reserve would start cutting its monetary stimulus program made exchange rates unstable. Now that policy makers have committed to cutting monthly bond purchases by $10 billion to $75 billion from this month, the trades have become a more reliable way of making money.

“We have a sense of certainty over where U.S. monetary policy is going to be for the next three to six months, and that’s inherently positive for risk sentiment,” Citigroup’s Marinov said. “Investors are more confident in putting on trades.”
Volatility Falls

Over the past month, all but one carry trade funded by the franc and purchasing G-10 currencies generated returns. The biggest was the 3.3 percent gain from buying Sweden’s krona. Yen-funded purchases of the Swedish currency returned 1.8 percent, while transactions using the euro gained 2.9 percent.

Among 23 emerging-market currencies tracked by Bloomberg, franc-funded trades to incur a loss over the past month were those purchasing Hungary’s forint, Russia’s ruble, the Mexican peso, Romanian leu, South African rand and Turkish lira. Betting on the Swiss currency’s decline versus the Indonesian rupiah produced the biggest gain, at 4.3 percent.
‘Remain Soft’

Credit Agricole SA recommends investors sell the franc against Poland’s zloty, a strategy that has returned 1.9 percent since Dec. 17. The franc will “remain soft” because there’s little room for the central bank to “turn less dovish,” strategists Guillaume Tresca and Adam Myers wrote in a Jan. 13 client note.

In 2013, only about a third of 44 currencies tracked by Bloomberg that were bought using the franc had positive returns. That compares with gains for all deals funded in yen, which fell 17.6 percent against the dollar, the most in more than three decades, as the Bank of Japan embarked on unprecedented easing.

Some investors still see the yen as the best currency for funding carry trades.

Zeal Yin, a Taipei-based trader at Shin Kong Life Insurance Co., which manages the equivalent of $58.3 billion, said he’s borrowing in Japan, where the target rate is zero to 0.1 percent, and investing in China to wager on gains in the yuan.

The yen’s declines may be nearing an end, damping its allure as a funding currency, according to Hideo Shimomura, the Tokyo-based chief fund investor at Mitsubishi UFJ Asset Management Co., which oversees $66.8 billion. He said the yen has troughed against its Swiss peer after reaching a 30-year low of 119.184 per franc on Dec. 27.

“People assume the yen will be the weakest currency, and while that’s right so far, there’s a chance the yen has reached the bottom,” Shimomura, whose firm is part of Japan’s largest publicly-traded bank, said in a Jan. 15 phone interview. “I think the Swiss franc will start to weaken and there are good conditions for using it in carry trades.”