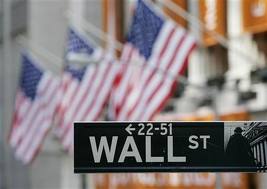 U.S. stock-index futures rose, signaling the Standard & Poor’s 500 Index will rebound from its biggest loss in a month, as Russian President Vladimir Putin said there’s no immediate need to send troops to Ukraine.

“There’s quite a lot of noise right now,” Gunther Westen, who helps oversee about $35 billion as head of asset allocation and fund management at Meriten Investment Management GmbH in Dusseldorf, Germany, said by telephone. “On the geopolitical front, you have Ukraine in the limelight. This is certainly a threat, but market concerns tend to fade as long as the situation doesn’t get worse or as long as the economies are not heavily influenced.”

In his first public remarks since the ouster of former Ukraine President Viktor Yanukovych last month, Putin said he’d only send soldiers to the country in an extreme case. Yanukovych asked Russia to send troops to protect ethnic Russians in his country, Putin told reporters today near Moscow.

Secretary of State John Kerry arrives today in Kiev as the U.S. and its European allies seek ways to increase economic and diplomatic pressure to deter Russian military escalation in Ukraine’s Crimea region. President Barack Obama said the U.S. and its allies are preparing sanctions to show Russia that continuing its current actions will be costly.

European Union President Herman Van Rompuy yesterday called a March 6 emergency EU summit, where leaders may debate measures to punish Russia if it doesn’t back off.

Global equities slumped yesterday as the standoff over Ukraine intensified after Putin got parliamentary approval over the weekend to send troops into the country.

Facebook (FB) climbed 1.8 percent to $68.65. The social-network site owner may buy Titan Aerospace for $60 million, according to TechCrunch, which cited an unidentified person with access to information about the deal.

Abercrombie & Fitch added 1.9 percent to $39.82. Credit Suisse raised its recommendation on the New Albany, Ohio-based company to outperform, similar to a buy rating, from neutral, saying a more competitive pricing strategy, tighter cost controls and inventory management, among other initiatives, will help boost earnings. The bank increased its price estimate for the shares by 44 percent to $52 apiece.

Lorillard Inc. (LO) added 1.7 percent to $54.50 in early New York trading. The third-largest seller of cigarettes in the U.S. rallied 9.3 percent yesterday, the most in two years, on speculation that Reynolds American Inc. will make a bid for the company. Reynolds has hired the investment bank Lazard to explore a deal, the Financial Times reported yesterday, citing unidentified people familiar with the situation.

Molycorp Inc. (MCP) fell 1.9 percent to $5.15. The owner of the largest rare-earth deposit outside of China reported fourth-quarter revenue of $123.8 million, falling short of the $148.3 million estimated by analysts, because of lower-than-anticipated production.