Will the ECB shoot itself in the foot?

Expectations the ECB will “shock and awe” the market with a package of easing measures next month has pushed the euro lower, but some analysts worry one of those potential moves – a negative deposit rate – could backfire. 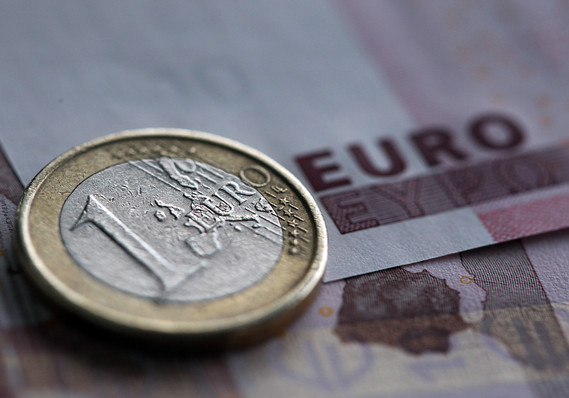 “The ECB has talked about it for the last 18 months,” said Mark Wall, co-head of European economics at Deutsche Bank. “It’s almost like they’re afraid to implement it. But they’ve waved it around like a loaded gun so often when it suited their purpose saying, ‘we could do this.'”

The deposit rate is already at zero. Many analysts expect a 10 basis-point cut in the rate, meaning the ECB would effectively charge banks for parking their money at the central bank rather than lending it.

Wall believes a negative rate could be “self-defeating,” noting that while central banks haven’t used it broadly, the experience in Denmark, one of the few countries to implement it, was unsuccessful.

The ECB is considering broader easing measures as Europe’s economic recovery has been bedeviled in part by a strong euro keeping inflation at worryingly low levels and damping exports. Annual inflation in the 18-member euro zone picked up slightly in April to 0.7 percent, but remains way off the ECB’s target of close to 2 percent. Risk aversion has made banks unwilling to lend, which has also weighed on the economy.