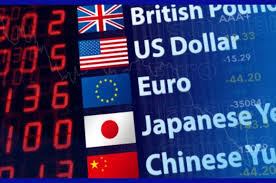 The yen and dollar strengthened after Russia took control of Crimea, intensifying concern of a conflict with Ukraine’s government and boosting demand for haven assets.

Japan’s currency climbed against all of its 16 major peers as U.S. Secretary of State John Kerry is traveling to Kiev after discussing sanctions against Russia and European Union foreign ministers will hold an emergency meeting. The Swiss franc advanced to a one-year high versus the euro while the Russian central bank unexpectedly raised interest rates as the ruble plunged to a record. A measure of global foreign-exchange price swings jumped to the most in three weeks.

“It’s all about Ukraine,” Charles St-Arnaud, a foreign-exchange strategist at Nomura Holdings Inc., said in a phone interview. “The underperformers are the higher-yielders. Investors are looking at the dollar and yen as their main safe havens so far, and the Swiss franc is also performing relatively well.”

President Barack Obama contacted overseas leaders on how to respond to the Russian incursion, which prompted Ukraine to mobilize its army reserves as it seeks international economic aid. Ukraine said over the weekend an invasion would be “an act of war.”

“It’s going to be a classic flight-to-quality move,” Ian Lyngen, a bond strategist at CRT Capital Group LLC in Stamford, Connecticut, said in a phone interview. “The market is more focused on the extent to which Russia is willing to press their case and how escalated the conflict becomes. They just want to make sure that if there is some big move that has bigger implications that they’re not caught on the wrong side of it.”

“The decision is intended to prevent inflation and financial-stability risks connected with the recent high volatility in the financial markets,” the central bank said.

South Korea’s won fell after the country’s defense ministry said the communist north fired two short-range missiles off its east coast today. The won fell 0.2 percent to close at 1,070.13 per dollar in Seoul after depreciating to 1,075.14, the weakest level since Feb. 24.